Nearly 140 interviews into the tenor book, I’m wrestling with accuracy versus entertainment. Trying to wrangle all the material from binders full of transcripts and tapes yet to be transcribed.

The art of transcription – typing up a verbatim record of the conversation – is hard. The hardest part, and I’m not kidding, is deciding on punctuation. Think about it: no one talks in complete sentences unless he’s reading from a Teleprompter. 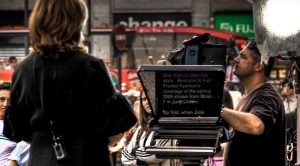 And when you’re discussing topics and themes that are hard enough to put into words anyway, you don’t have the thought fully formed as you start to speak. There are starts and stops, changing direction, finding the right words, jumping to another thought that suddenly occurs to you.

How could I translate all this to the printed page? Where do the commas go? or a semicolon? how about an ellipsis? when would a dash be better?

It was important to make sure I was retaining the flavor of the conversation, preserving the rhythm and cadence, conveying the personality and intelligence of the speaker, and sharing the fun we had in talking about everything under the sun. After the transcribing’s done, I listen to the tape again, following along on the page, correcting, adjusting, notating as I go. Everything stays in except the umms and mm-hmms, though even those are in the transcript. But not in the final product.

I take out most of the repetitions, most of the incomplete thoughts. With some of my multi-lingual interviewees, I have occasionally Anglicized a word or phrase (no matter how charmingly descriptive), so he or she will not come across as uneducated — the truth is exactly the opposite, as my subject’s English was always far better than my halting, fragmented Italian, Spanish, French or non-existent German language. But I wanted to show the thinking that was taking place, the struggle we sometimes had to find the words. Bottom line: I haven’t “corrected” the quotes to the point of perfection.

But everyone can seem either pretty stupid or stale as Saturday afternoon’s toast when their animated comments are no longer linked to the inflection in the voice, a twinkle in the eye, the sound of laughter. Most of my interviews have been with performers who were, at times, playing to me, sometimes more than a little; and often, that was as much a comment on what was being said as the words themselves.

So when it comes to declaring a winner from the accuracy versus entertainment battle, that’s impossible. It’s a balance. To that end, as needed, I have tried to convey what was taking place with a description of facial expression or gesture. But when reduced to letters on a page, what was dynamic and fluid in conversation can appear lifeless as a court transcript being read back to the jury.

Lifeless is not what I want here, so let’s just say that the interviews are, à la Rosemary Woods, “edited for clarity.” So what exactly does that mean? How accurate are these quotes? The answer is, very. I have no wish to sanitize anything and I certainly don’t want to make my conversation partner sound like me — otherwise, I’d have just made all this up and not bothered traveling to get the interviews. These are their words and their stories. 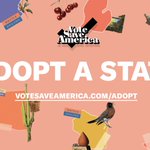