“Film as dream, film as music. No art passes our conscience in the way film does, and goes directly to our feelings, deep down into the dark rooms of our souls.” — Ingmar Bergman 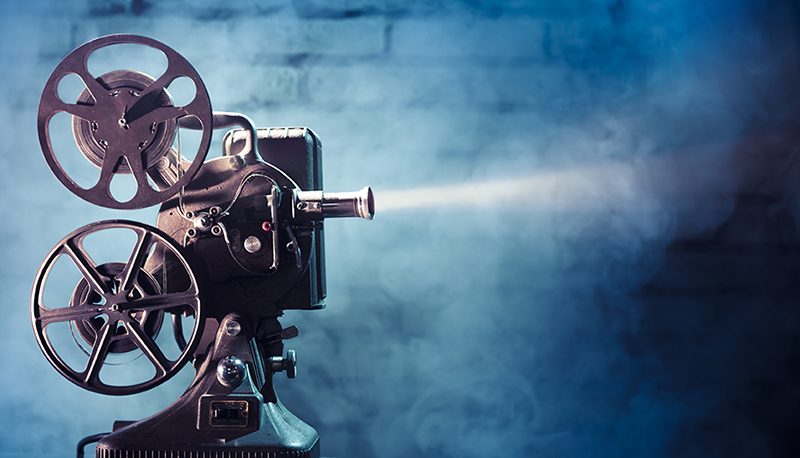 One of my favorite moments draws from our collective primal memory: people gathered together in a darkened room, watching flickering lights and shadow tell a story on a screen. It’s akin to our ancestors seated under the night sky in front of a fire, spellbound by the shaman’s performance.

Storytelling is in our DNA and in the last hundred years, film has become a powerful way of sharing information and emotion. Today’s tales, on screens large and small, can be high art or escapist entertainment. I enjoy both, from Monty Python to Masterpiece Theatre. Star Trek (The Original Series) to Saturday Night Live. The Ed Sullivan Show to The Man From U.N.C.L.E.

As a teen, I not only loved Mission: Impossible but watched history being made in what seemed like a real-life impossible mission: all the early space lift-offs, splashdowns and the moon landing on July 20, 1969. I vividly recall seeing events that defined a generation as they unfolded in real time. Riots, war, protests, inaugurations. State funerals in 1963 and 1968.

Films shown in a theatre are different. Used to be, TV shows had smaller budgets than movies and you could put your feet up and talk through the show. Times change. The lines are now blurred. Television can give us series that, like the radio serials back before I was born, invite people to pay attention at a pre-set time each week.

When it all works, the cinema still wields its particular kind of magic. My family used to watch The Wizard of Oz, shown every year on television when I was a child. I loved it (except for the flying monkeys, which frightened me). It wasn’t until years after, late teens, that I saw it in a theatre and I fell out of my seat when Kansas changes to Oz from black-and-white to color. Magic! Our television sets had been monochrome all those years. I hadn’t known the film was in color.

Because filmmaking is such a massive collaborative effort, the stories behind the story hold a special appeal. I marvel at how a complicated shot was made when a second-unit director and stunt coordinator provide details. I learn about the craft of screenwriting from writers talking about deadlines, rewrites and influences from actors. And of course, I enjoy getting a glimpse into the design process with virtual tours of costume shops and special f/x studios. All this and more are conveniently available as featurettes on DVDs.

Give me a good story, one that’s well-told, and I’m hooked.

I’ll be posting opinions, memories and recommendations of films and television series, some current and trending, others examining the popular history of stories told on screens.
Consider this an open invitation to join the dialogue, ask and answer questions, and share your favorites.